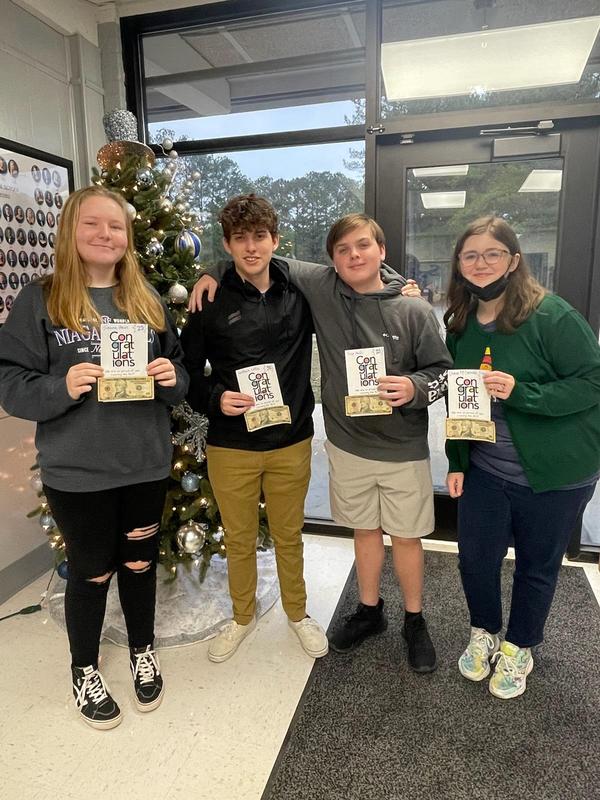 We are so proud of these amazing pre-ACT scores!
Four ninth and tenth grade students were recognized and rewarded this morning by Assistant Principal Kameron Burnham for scoring exceptionally high on their pre-ACT test given earlier this year.  Ninth and tenth graders were given a shortened version of the widely-known test to help gauge where their scores might fall and to give them a sense of the test itself.  All of the students in those two grades took the test, but some scored remarkably well.  Joanna House, Slade Little, Tripp Hall, and Gracie McDonald received a cash prize and recognition on the morning announcements for scoring the highest on this test. Sophomore Little scored a 30, while McDonald scored a 28.  Freshmen House and Hall both scored a 25. We are so proud of our outstanding young students, and wish them continued success in their academic endeavors!
Published December 6, 2021 Print